Skip to content
Previous Next
Transgender student bathroom bill coming back before Kentucky lawmakers in 2020. South Carolina could face a semilar bill once again in 2020 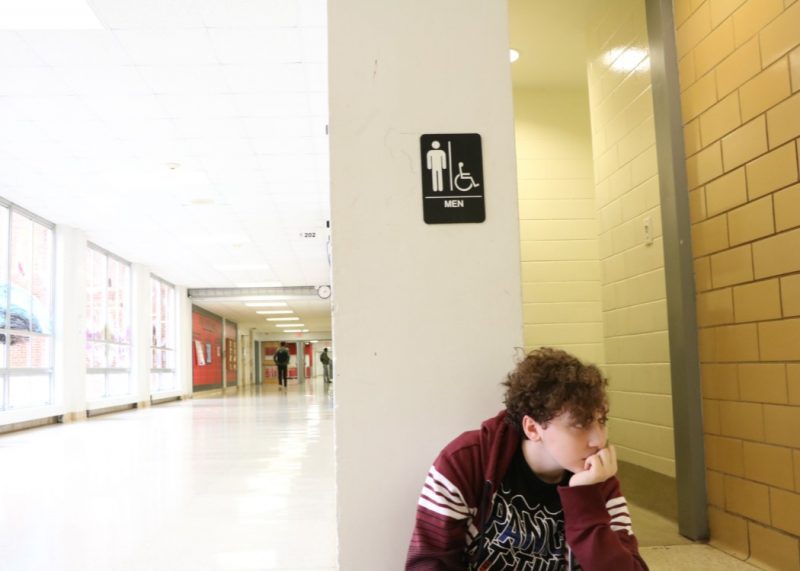 Rep. David Hale, R-Wellington, did not immediately respond to a message seeking comment Monday on his prefiled bill, which would require that all school restrooms and locker rooms be only available to students based on their biological gender at birth.

Transgender students would be required to use “the best available accommodation” for restroom and changing facilities under the bill. The prefiled legislation lists single-stall restrooms, unisex bathrooms and controlled use of faculty facilities as potential options for transgender students.

Past efforts to limit access to public restrooms and locker rooms for transgender students have not gained traction in the legislature.

In fact, Hale sponsored a similar bill in 2018 that had 25 Republican cosponsors but did not get past the House Education Committee. Rep. Regina Huff, a Williamsburg Republican who chairs that committee, did not immediately respond to a message seeking comment Monday.

Chris Hartman, executive director of the Louisville-based Fairness Campaign, called Hale’s prefiled bill a “sad and desperate attempt” to curry favor with “the conservative voters” in an election year.

“We know from experience that targeting our state’s most vulnerable community, transgender kids, is a failed enterprise, proven most recently by the egregious, disgusting ads that were being run during the governor’s race by a D.C. conservative think tank,” Hartman said, referring to ads from the Campaign for American Principles that said Gov.-elect Andy Beshear supports measures that “would destroy girls’ sports” by allowing transgender athletes to compete.

“Those didn’t make a dent. These former bills did not make any dents, and I don’t expect this one to make even a scratch.”

Martin Cothran — spokesman for the Family Foundation of Kentucky, which backed a similar bill in 2015 that passed the Senate on a bipartisan 27-9 vote but stalled in the House — said his group continues to support such a measure, but it’s too early to tell whether it will gain support in the General Assembly.

In May, a study published in the medical journal Pediatrics found that transgender and non-binary — those who identify as neither male nor female — students were at greater risk of sexual assault if their access to bathrooms and locker rooms at school was restricted in any way.

Hale’s prefiled bill comes months after a federal court approved a settlement in North Carolina that allows transgender people to use restrooms based on their gender identities in state government buildings.

The July settlement overturned a major piece of legislation passed in 2016 by North Carolina’s legislature that forced people to use facilities based on their biological genders in state government buildings, a move that prompted swift public and economic backlash for the state.

The prefiled bill in Kentucky also runs counter to the Fairness Campaign’s efforts to pass a statewide fairness law that protects people from discrimination based on their sexual orientation and gender identity.

Hartman noted that Beshear’s father, former Gov. Steve Beshear, protected the employment rights of all state government workers by executive order during his administration and that Republican Sens. Julie Raque Adams and Alice Forgy Kerr have been among cosponsors of the Senate’s statewide fairness bill in recent sessions.

The House and Senate fairness bills had a record number of cosponsors in this year’s session, a trend Hartman hopes to build upon next year.

“I expect to see more bipartisan support publicly for these laws,” he said. “I actually believe that if we were to have a vote on the statewide fairness law in the state House that we would win. Now I can’t say that same thing about the Senate right now, but I do believe that we are moving in that direction.”

House Speaker David Osborne, R-Prospect, did not immediately respond to a request for comment through a spokesperson.