I have been an LGBTQ activist for over 30 years, working with several organizations around the country. But I can honestly say that out of all the positions I have held my recent years here at SC Equality have been the most rewarding. I knew when I took this position the challenges would be many, the fights would be fierce and the opportunities for advancing equality in South Carolina would only come once we have begun changing hearts and minds across the Palmetto state.

However, I have stood strong and resolute on my focus of ensuring FULL equality for all LGBTQ South Carolinians and I know first hand that SC Equality has made a difference on this long hard road for equal rights. I will not rest until the day comes where we can all stand up and say without hesitation EQUAL MEANS EVERYONE in South Carolina. 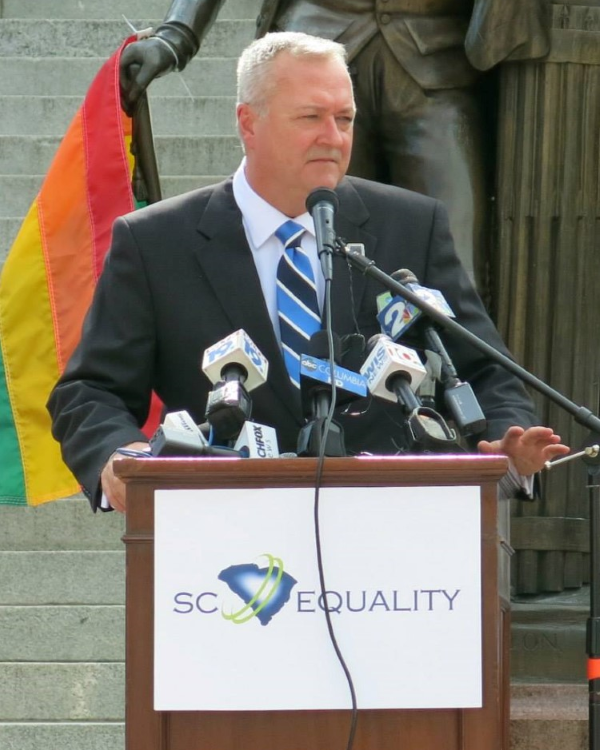 Since 2002, SC Equality has championed, and celebrated LGBTQ individuals and families in across South Carolina. Our leadership is key to our success. They provide guidance in our determination in fighting for full lived equality South Carolina. We remain a lean, fiscally disciplined organization and are an unstoppable force in the fight against bigotry and the struggle to build a better state, a state in which LGBTQ people can be healthy, equal, and complete members of society. 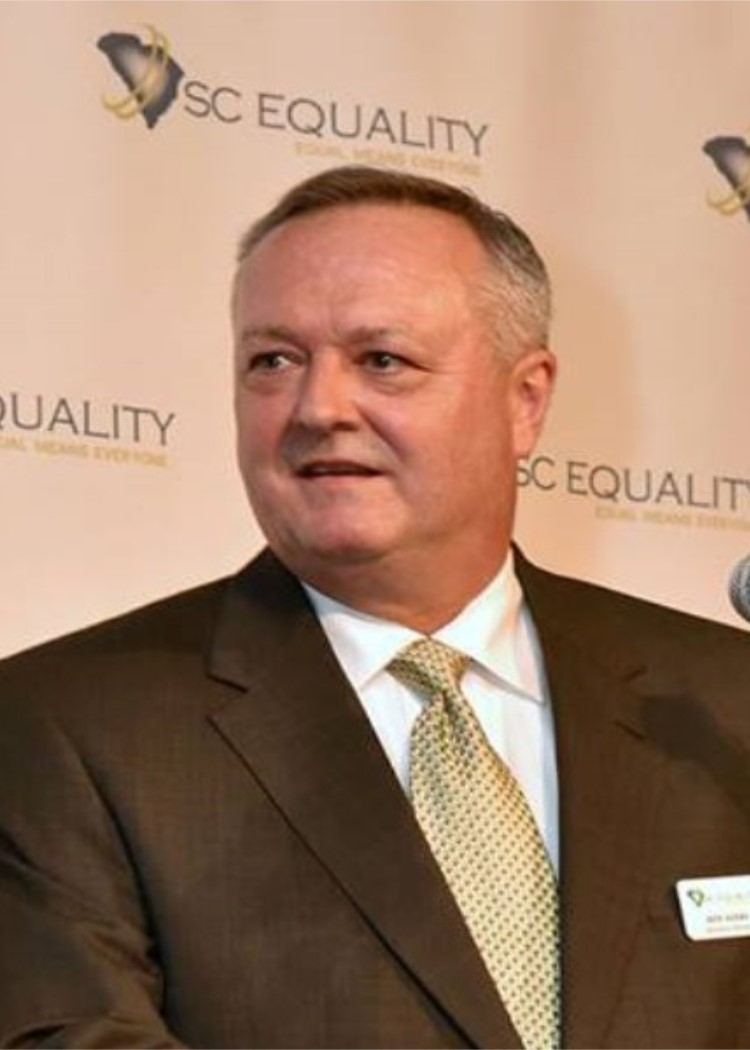 During his tenure, SC Equality has grown into the largest LGBT equality organization in South Carolina and was instrumental in the implementation of the Post DOMA Litigation Task Force and the TransAction Task Force. Most recently, Jeff lead the charge and played a vital role in the strategy of the now historic lawsuit filed in the federal courts which brought marriage equality to South Carolina for the first time in history in November of 2014. In 2015, he became permanent fixture at the South Carolina State House, successfully fighting anti-LGBT legislation and supporting pro equality bills that would protect LGBT South Carolinians in the workplace, housing and public accommodations.

“My goal has always been that, at some point in my lifetime, marriage equality would be the law of the land and would not be an issue any longer, and that everyone would be treated equally under the law. Last year, I witnessed the constitutional right of all same sex couples in South Carolina with the right to marry the person they love. And as we continue to march down this long hard road for equality, we pause to celebrate our recent victory; however, the movement is far from over. In South Carolina, you can still be fired because of who you are (or love), can be turned away because a business owner doesn’t agree with how you identity and you can be refused housing. Our LGBT teenagers are still bullied in our schools, with some of the highest rates of any state in the Union. And transgender South Carolinians are still discriminated against and deserve the right to live as they choose. For those who continue to stand against these civil rights, they look as outdated as George Wallace standing on the school steps keeping James Hood from entering the University of Alabama because he was black.”

For over 20 years, he has been an innovative thinker and leader in business technology, having led the design and implementation of the TLC program for USAirways (now American Airlines). He first became an LGBT activist in the 1990’s, serving with The Names Project (AIDS Memorial Quilt) and in October, 1996, was part of the organization when the entire quilt was displayed on the National Mall in Washington. While living in Charlotte, NC he served as board chair of the former Metrolina AIDS Project, a local AIDS service organization in the greater Charlotte-metro area which once served over 1400 people infected with AIDS.

Jeff lives in Charleston with his partner Thomas Lewis, M.D. and their dogs Sadie, Roxy and Patsy. 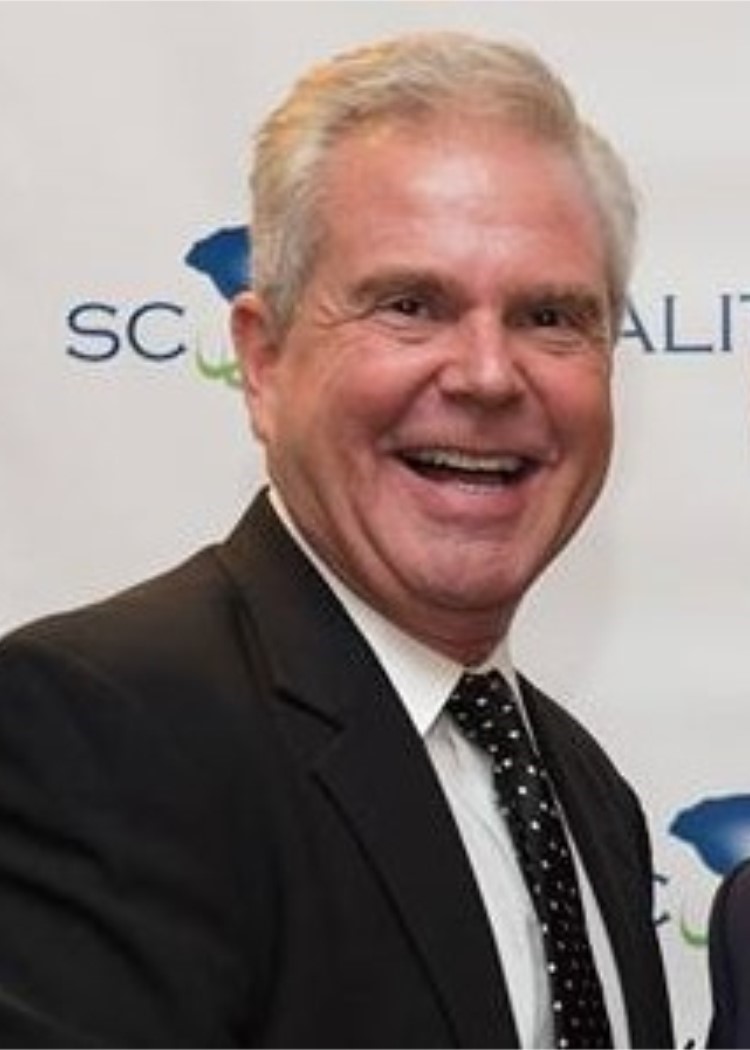 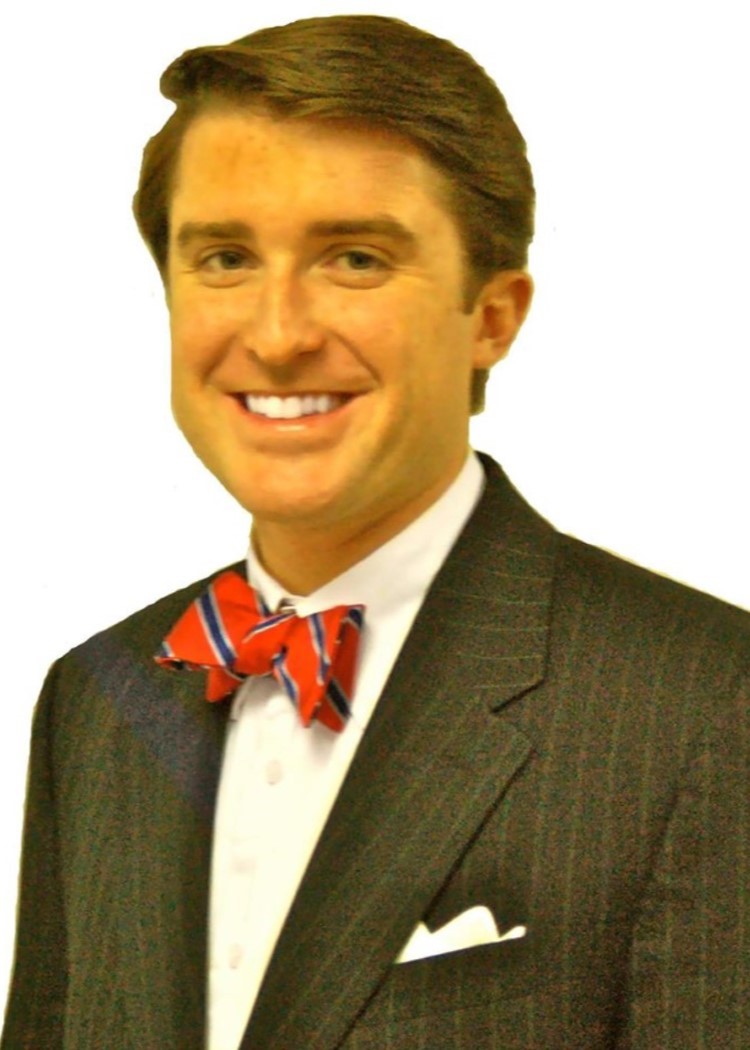 Roy’s love of people and community drive his passion for life. In that vein he is a trial lawyer focusing his professional career representing individuals whose lives have been upended due to catastrophic injury, death of a loved one, or the unfair and bad faith practices of insurance companies and other corporate miscreants. But Roy recognizes that while his individual work on behalf of individual clients helps to level the playing field and ensure equality for all, large scale impact is most quickly accomplished through the political realm. In that vein Roy also serves as Special Counsel and Advisor to the Mayor of Charleston and is involved in a host of community and political activities. In his spare he enjoys spending time with his wife Kelsey, son Penn, and their Boykin Spaniel Sullivan in their home city of Charleston. 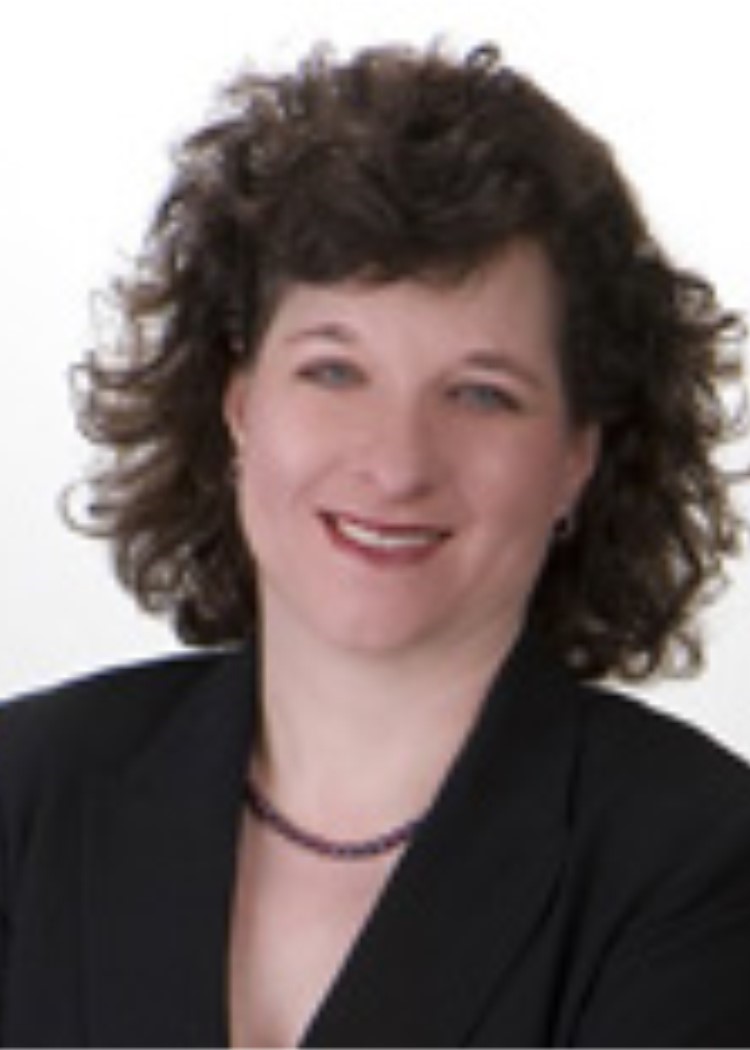 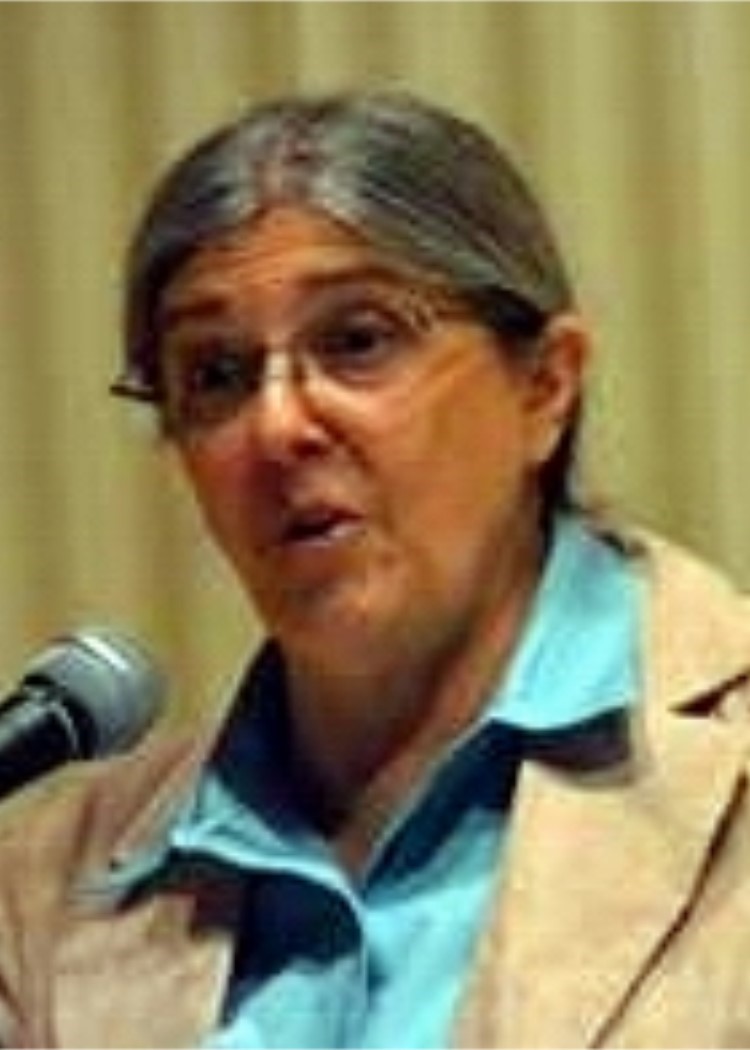 Ann lives in Aiken with her partner Pat. She received a B.S in chemistry from Emory University and a Ph.D. in organic chemistry from Florida State University. Ann was an organic chemistry professor for 22 years at USC Aiken and retired as an Associate Professor, in 2007. In 2004, Ann began working with SC Equality as a delegate from the CSRA Rainbow Alliance. She participated in the Fairness for All Families campaign in 2005-2006 and officially joined the SC Equality Board of Directors in June 2007. She is also an officer with PFLAG Aiken, the Aiken County Democratic Party, and the DCCM Food Pantry in Augusta GA. She serves as the SCE Board Secretary. 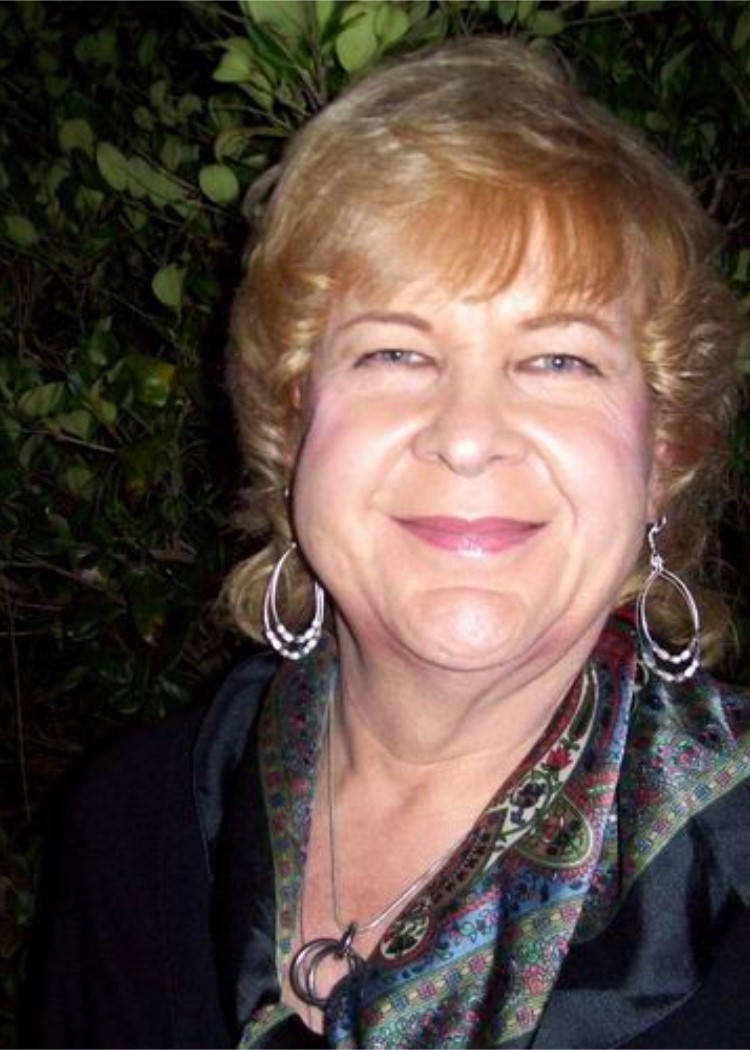 Veronica resides in Myrtle Beach, SC. She attended UNC-Wilmington and received her BA in Theatre. Her background in local theatre production is extensive and includes several movies. She currently operates her own business, V. Walters Services. In 2005, she co-founded the T-Time support group and has been a presenter at the Southern Comfort Conference in Atlanta. Veronica was a Board member and past President (2009-10) of The Center Project LGBT community center in Myrtle Beach. Besides now being part of SC Equality, she is currently Vice President of Red Ribbon Friends, a LGBT fund raising organization that supports Careteam of Horry/Georgetown Counties, that provide services to directly assist persons with HIV/AIDS. Veronica joined the board in 2011. 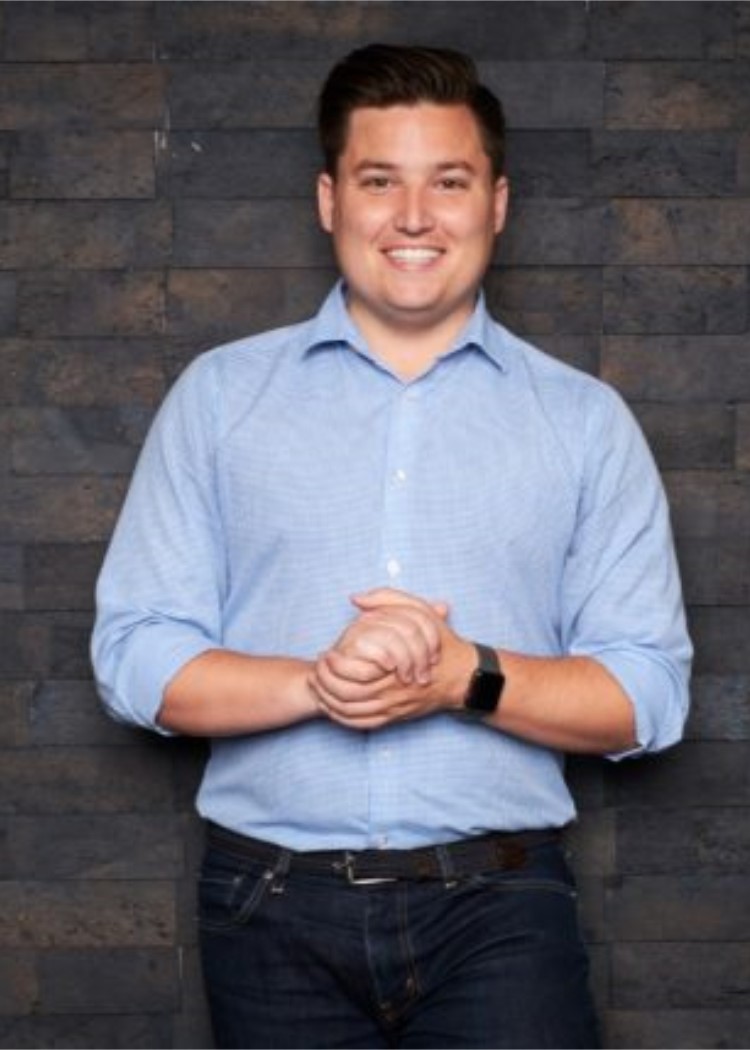 Jarrod oversees New Business & Strategy at SLANT, a full-service marketing and creative agency located in Greenville, SC. SLANT maintains a wide array of clients in its portfolio and Jarrod’s work has grown SLANT’s revenue by 244% in the past three years. He co-hosts Podmetto; South Carolina’s only progressive-leaning podcast focused on South Carolina state politics and issues. Jarrod also serves on the Board of Directors for Pleasant Valley Connection, Greenville Polo Classic, and Greenville Young Professionals. He’s previously served on the boards of the Greenville Little Theatre, Imagine Upstate, and the Greenville County Democratic Party. He’s a 2019 Graduate of the SCDP Clyburn Fellowship. Prior to moving to South Carolina, Jarrod grew up in Minnesota where he served as the Student Body President at St. Cloud State and worked for Target Corp. in Minneapolis.

Jarrod joined SC Equality to assist in the fight to protect the entire LGBTQ community in South Carolina; with a passion for protecting the community via anti-discrimination policies within the workplace and housing sectors. He’s looking forward to building on the past success of SC Equality and working with allies from across the state.

He lives in Greenville with his boyfriend, Scott, his daughter, and their two Goldendoodles, Memphis and Rowan.

1 Day Away from Election 2020 What you should know!

Only 8 Days Left. What’s Your Plan?

We're 8 days until the most important election of our lifetime. What's your plan? COLUMBIA, SC - Voting should never be a confusing process, but with the spread COVID-19, we know that many South Carolinians still have questions about how to vote in the November 3rd General Election. SC Equality has compiled information to help ensure you make [...]