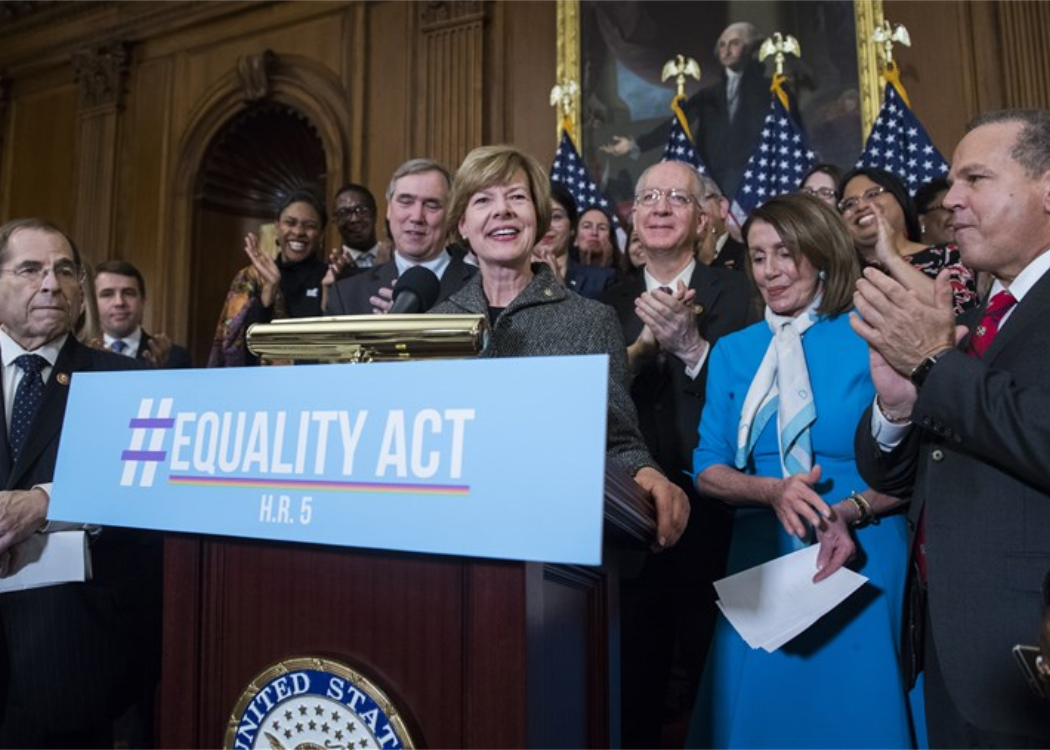 The bill would add “sexual orientation” and “gender identity” to the classes protected against discrimination by the Civil Rights Act of 1964. 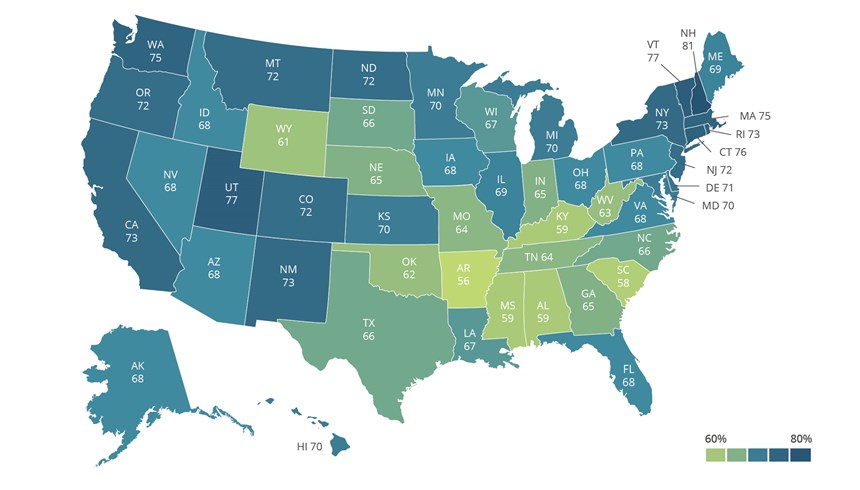 Percent who favor laws that would protect, gay, lesbian, bisexual, and transgender people against discrimination in jobs, public accommodations and housing.

The bill was introduced by Senate and House Democrats at a press conference on Capitol Hill.

“In most states in this country, a gay couple can be married on Saturday, post their wedding photos to Instagram on Sunday, and lose their jobs or get kicked out of their apartments on Monday just because of who they are,” said David Cicilline, D-R.I., the bill’s main sponsor in the House and one of 10 openly LGBTQ members of Congress. “This is wrong.”

“We are reintroducing the Equality Act in order to fix this,” he added.

First introduced in 2015, the Equality Act is a version of a bill introduced in 1974. In addition to adding “gender identity” and “sexual orientation” to the classes protected against discrimination by the Civil Rights Act of 1964, the new bill specifies that it is illegal to discriminate against all protected classes in retail stores, emergency shelters, banks, transit and pharmacies, among other places.

“The Equality Act also clarifies that the Religious Freedom Restoration Act (RFRA) cannot be used in civil rights contexts, prohibiting religious liberty — which is a core American value — from being used as a license to discriminate,” the ACLU wrote in a press release.

If the bill were signed into law, it would be the first national nondiscrimination law for LGBTQ Americans.

In the absence of a national law, at least 20 states have enacted LGBTQ discrimination protections. Residents of those states enjoy many of the Equality Act’s protections, but those stop at state borders. An openly LGBTQ person driving from Colorado into Nebraska would find that their right to keep their job, to keep their home, and to freely engage in commerce evaporates as soon as they cross the state line.

“Right now, more than a third of LGBTQ people in the United States call the South their home, but no Southern state has passed statewide protections from anti-LGBTQ discrimination,” said Rev. Jasmine Beach-Ferrara, the executive director of the Campaign for Southern Equality. “It’s time for Congress to take action and pass federal protections now, because your rights in our country should not depend on your zip code.”

According to a recent poll from the Public Religion Research Institute (PRRI), majorities of Americans in every religion, party and U.S. state — from 56 percent in Arkansas to 81 percent in New Hampshire — support nondiscrimination protections for LGBTQ people.

However, with Republicans firmly in control of the White House and Senate, the bill’s chances of becoming law appear slim.

While four currently serving GOP senators voted for the 2013 Employment Non-Discrimination Act (ENDA), which included some of the same protections as the Equality Act, only one Republican senator has so far backed the Equality Act: Susan Collins of Maine. In order to pass the Senate, at least four Republicans would have to support the bill (assuming every Democrat and Independent voted in favor).

In an exclusive interview with NBC News on Monday, Sen. Tammy Baldwin, D-Wis., one of the bill’s co-sponsors, said if Senate Majority Leader Mitch McConnell, R-Ky., were to give senators a chance to vote on the Equality Act, they would support the measure.

“If you just had an up or down vote, we would have sufficient votes in both houses,” Baldwin said.

When asked if McConnell — who controls which bills are brought to the floor for a vote — would bring the Equality Act up for a vote on the Senate floor after it is reintroduced, David Popp, McConnell’s press secretary, was equivocal: “If the Leader issues a statement on this I’ll be sure to forward it to you,” he wrote in an email.

In a tweet shared on Wednesday, Rep. Cicilline suggested that McConnell may face electoral consequences if he chooses to block the law, which had 239 cosponsors in the House as of Wednesday afternoon.