A settlement has been reached between a transgender student and the school district he sued for discrimination.

Ash Whitaker had sued Kenosha Unified School District in Wisconsin because it barred him from using the boys’ restroom and discriminated against him in several other ways, including “invasively monitoring his restroom use, referring to him by female pronouns in front of other students, initially denying him the right to run for junior prom king, and forcing him to room by himself during a week-long orchestra camp,” according to the Transgender Law Center,which represented Whitaker along with two law firms.

The U.S. Court of Appeals for the Seventh Circuit last year ruled in Whitaker’s favor,upholding an injunction imposed by a lower court that kept the district from enforcing its anti-trans restroom policy while Whitaker’s lawsuit proceeded through the courts. It was the first federal appeals court to rule that such discrimination was illegal under both Title IX of the Education Amendments of 1972 and the U.S. Constitution. Another favorable appellate-level decision, in Gavin Grimm’s case in Virginia, relied heavily on the now-rescinded guidelines on treatment of transgender students issued by the Obama administration. Grimm’s case was supposed to go to the Supreme Court, but it is now being reconsidered by the appeals court in light of the withdrawal of the guidelines.

In Whitaker’s case, the Kenosha district in August appealed the injunction to the Supreme Court, but under the settlement, it will withdraw that appeal and pay $800,000 to compensate Whitaker for the harm caused by the policy and to cover his legal costs, according to a press release from the law center. It also agreed not to discriminate against Whitaker, who has now graduated from Kenosha’s Tremper High School, any time he returns to campus. The school board approved the settlement Tuesday night. It is also subject to court approval, which is expected.

The district has consistently denied Whitaker’s claims of discrimination, but school board members said they opted for the settlement because continuing the case would be much more costly, the Kenosha News reports.

An attorney for the district said the settlement does not affect students other than Whitaker, but Whitaker’s lawyers said it is still significant. “This settlement sends the clear message to all school districts that discriminating against transgender students is against the law and harms students who simply want to go to school,” said Joseph Wardenski of the civil rights law firm Relman, Dane & Colfax, one of the firms representing Whitaker, in the law center’s press release. “We are pleased that KUSD decided not to needlessly drag this case through the courts any further, to compensate Ash for the concrete and avoidable harms he suffered, and to finally allow Ash to move on from this painful chapter of his life.”

“The precedent in the Seventh Circuit is definitive: Schools cannot single students out because they are trans. Period,” Transgender Law Center executive director Kris Hayashi told the News.(Also representing Whitaker was Robert Theine Pledl of the McNally Peterson law firm.)

Whitaker said that because of the school’s policy, he tried to avoid using the restroom at school altogether, and he suffered physically as well as emotionally. “I am deeply relieved that this long, traumatic part of my life is finally over and I can focus on my future and simply being a college student,” he said in the press release. He  is currently a freshman at the University of Wisconsin-Madison, where he plans to major in biomedical engineering. “Winning this case was so empowering and made me feel like I can actually do something to help other trans youth live authentically. My message to other trans kids is to respect themselves and accept themselves and love themselves. If someone’s telling you that you don’t deserve that, prove them wrong.” 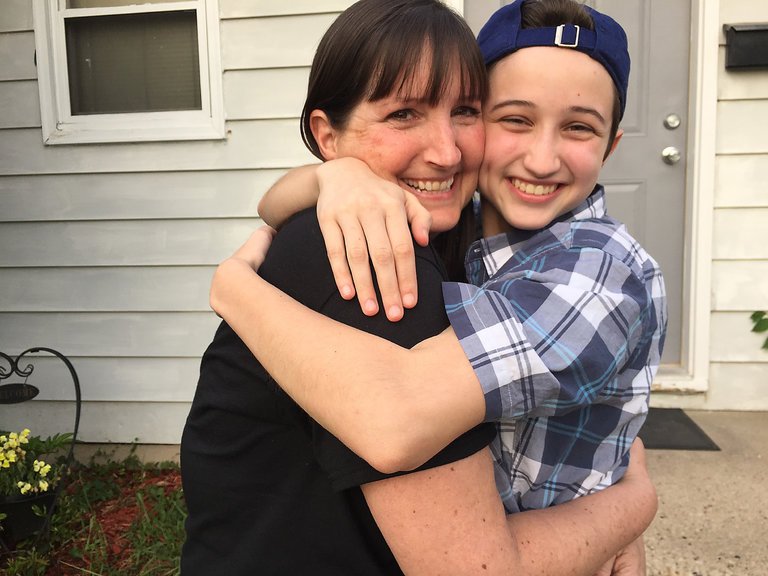