Skip to content
Previous Next
SC House adopts $9B spending plan. What lawmakers included and what they left out

Those were the issues that stirred the most controversy in the S.C. House Tuesday, as the chamber’s 124 members debated through the night how to spend roughly $9.3 billion in state money. The state’s budget takes effect every year on July 1.

The budget now heads to the Senate, where all 46 members have their own ideas on how to spend the state’s money.

Here is what the House voted Wednesday to include in South Carolina’s spending plan:

S.C. TEACHERS, SCHOOLS TO GET A BOOST

S.C. lawmakers say 2019 is the year to solve the state’s public education woes, an issue that has dominated the State House since January, when House Speaker Jay Lucas, R-Darlington, introduced an 84-page bill seeking, in part, to overhaul failing schools.

The House passed the massive proposal last week, but its future remains uncertain in the Senate, where at least one Democratic lawmaker has told The State the bill falls short of meaningful reform and that he will work to block it.

▪ $20 million — to bring districts’ instructional materials up to date

However, much to many lawmakers’ disapproval, the House did not adopt a single amendment seeking to reduce class sizes, a top request among S.C. teachers pushing for changes to public education.

STATE EMPLOYEES SLATED TO GET A RAISE

The House budget spends about $41 million to raise employee salaries by 2 percent. It also spends:

The House also added a temporary law that would let retired state employees, who are covered by the state’s retirement system, come back to work without facing an existing $10,000 salary cap, as long as they’ve been retired for a year.

Cobb-Hunter said the changes are not enough to keep the state’s underpaid workers on the job or even recruit. Instead, she proposed spending $23.2 million to give state workers who earn less than $50,000 a year another 2 percent pay raise.

“While I support all state employees … my heart and my passion is for the little guy and girl who make up three-quarters of our state employee workforce,” Cobb-Hunter said.

Conservative lawmakers sought to curb abortions in the state Tuesday night, successfully amending the state budget in a 84-31 vote to try to block state dollars from going to Planned Parenthood to use for abortions.

While a hot button issue for Republicans, the proposal likely would have little impact on the state’s operations.

No tax dollars pay for S.C. abortions — outside of cases of rape, incest or the mother’s life is at risk, an exception under the federal Hyde Amendment. Those abortions are rare and most are done in hospitals, not at Planned Parenthood’s two S.C. clinics.

And a court already has temporarily blocked the state from booting Planned Parenthood from the state’s Medicaid network.

Each year, lawmakers debate the budget and whether to send tax dollars to clinics that provide family-planning services and abortions.

Two agencies under the gun for years that struggle to recruit and retain workers are the state’s Social Services Department and the state’s Corrections Department. Meanwhile, Corrections also has struggled to fix critical infrastructure, including door locks, that leaders have said could mend some security concerns at the state’s prisons.

For Corrections, the budget includes spending:

▪ $2.3 million, for an electronic health record system and support for mobile data collection

For DSS, the budget includes spending $28.6 million in one-time money for the state’s child support system.

However, budget writers rejected the agency’s request to add $44.5 million to help hire and retain caseworkers to oversee child-abuse cases after lawmakers grew frustrated and restless with DSS as it continued to struggle to use money it already has received. 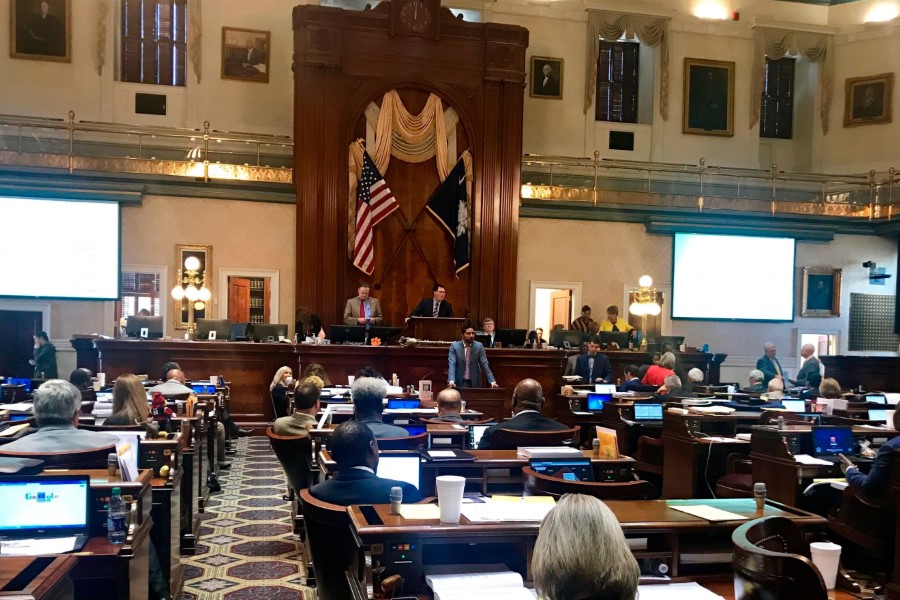