Skip to content
Previous Next
The Minnesota Catholic Conference (MCC) has taken an ardently anti-trans stance as part of their legislative priorities.

This week MCC hosted a day-long event on “understanding the nature of man and of woman” that was stacked with discredited speakers known for pushing anti-LGBT junk science.

On Monday, December 11, the Saint Paul Seminary School of Divinity at the University of St. Thomas in Minnesota hosted a symposium featuring several anti-LGBT hate groups along with other discredited far-right extremists. The symposium, titled “Man, Woman, and the Order of Creation,” was sponsored by Minnesota Catholic Conference, Archbishop Harry J. Flynn Catechetical Institute, and The Siena Symposium for Women, Family, and Culture.

According to local paper The Column, this event is part of a larger anti-transgender push within the Archdiocese of St. Paul and Minneapolis. The Minnesota Catholic Conference (MCC) is the public policy arm of the Minnesota Catholic Church. Recently, the MCC has been vocal in their anti-trans positions, adding opposition to “gender theory” and “so-called sex reassignment surgery” to their list of legislative priorities, along with fighting anti-bullying toolkits provided by the Minnesota Department of Education.

The day-long event intended to “lay out the Catholic vision of our understanding of the nature of man and of woman.” Many of the scheduled speakers are widely discredited by their peers and affiliated with virulently anti-LGBT hate groups with known histories of spreading misinformation.

Michelle Cretella, president of the hate group American College of Pediatricians (ACPeds), presented a session titled “The Science of Sex Differences.” Founded in 2002, ACPeds bills itself as “a national organization of pediatricians and other healthcare professionals dedicated to the health and well-being of children.” ACPeds has a history of propagating damaging falsehoods about LGBT people, including linking homosexuality to pedophilia as well as claiming that tran people are mentally ill and that widespread acceptance of trans people amounts to child abuse. Due to their reputation for spreading misinformation, ACPeds has been largely discredited by other medical professionals.

Walt Heyer offered an “autobiographical perspective” titled “Rethinking Transgenderism.” Heyer transitioned to living as a woman in his forties, but less than a decade later he decided to transition back to living as a man, claiming he was misdiagnosed. Since then, he’s gained notoriety hawking his story for anti-LGBT extremists and writing for virulently anti-LGBT publications like Daily Signal and The Federalist. Heyer has used his platform to push junk science and the debunked myth of “transition regret.” However, Heyer’s experience is not commonplace and his opinions about transition are not based on research or medical expertise.

The symposium also featured Ryan T. Anderson, founder and editor of Public Discourse, an online publication funded by the conservative Witherspoon Institute, and Bradford Wilcox, director of the National Marriage Project at the University of Virginia. Both have used their platform to engage in extremist anti-LGBT rhetoric and to promote the on the disgraced and discredited work of Mark Regnerus. According to a report by Media Matters, Anderson frequently pushes “bogus horror stories” and erroneous policy briefs in order to drum up opposition to LGBT nondiscrimination protections and relationship recognition.

Father Paul Check was also scheduled to speak at the event. Check previously served as executive director of an “ex-gay” conversion therapy ministry, Courage International. In his role, he spoke out against LGBT inclusive policies and encouraged others to administer reparative therapy, claimed that sexual orientation is a false identity, and that homosexuality was immoral. 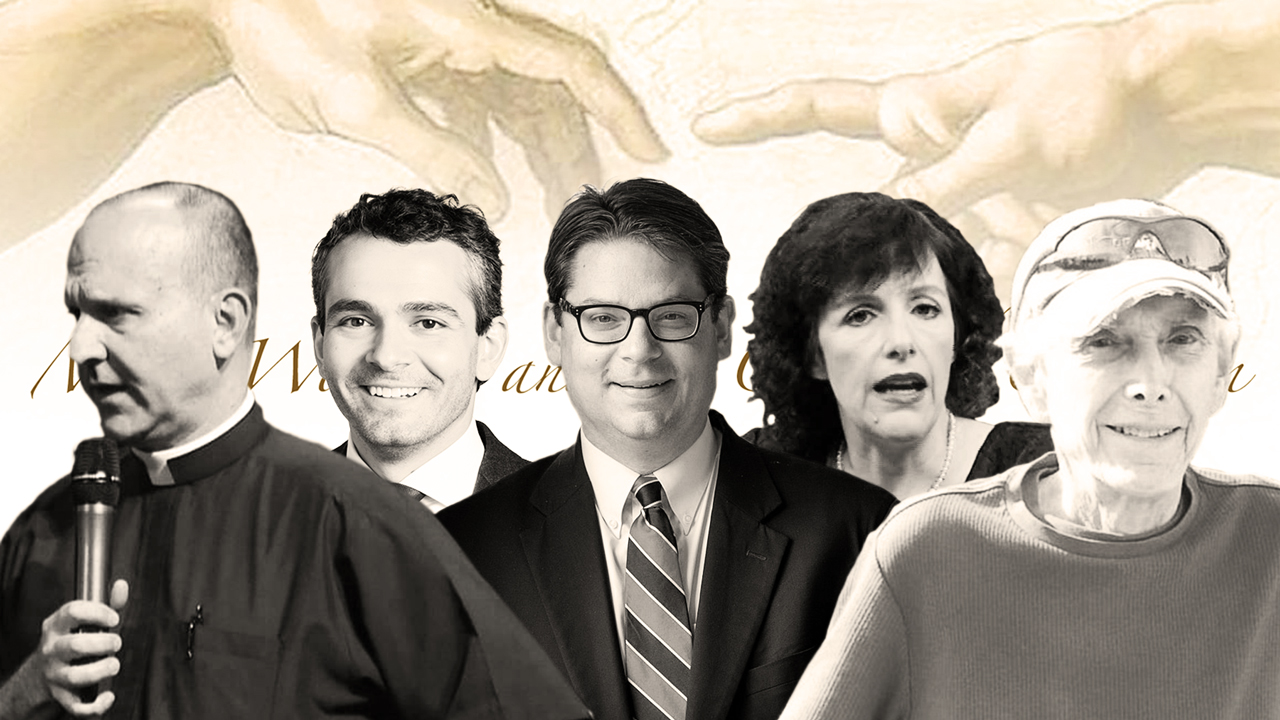